Together with the group of translators, we visited Lusik Aguletsi’s Museum, where we saw many antiques, beautiful paintings, dolls that symbolized Armenian rituals and games. We saw a variety of costumes(Armenian taraz) that were unique and that we had learned about before visiting the museum. All of them were created by Lusik Aguletsi and her husband, who have left a huge cultural heritage to their generations.

The Armenian traditional dress Taraz mirrors the mentality and cultural idiosyncrasies of our nation. Having a centuries-old history and being as rich and varied as our multi-dialectical language, Armenian costumes used to be one of the most prominent measures of expressing and maintaining our cultural identity.

Several historical circumstances resulted in the formation of Eastern and Western Armenian costume styles, the patterns of which highlighted class identity, position in life, wealth, regional identity and gender. That is the main reason why after looking at the costume people immediately realized the social level of the wearer and in some cases could even identify some nuances such as the social class.

“In traditional dress one can find the reflection of  customs and traditions of a nation.”

The Armenian Taraz consisted of two main components: the upper part (a shirt, a jacket, a fur coat) and the lower back part (trousers, belt). The men’s shirt was long-sleeved, with a collar decorated with embroidery. Men wore a caftan over the shirt which was another important traditional attribute of men’s Taraz. To appear without caftan in public places was unacceptable despite the hot weather. Their trousers were usually very loose and comfortable. Moreover, the belt used to be a significant attribute as well. A silver belt was regarded as a symbol of his maturity, whereas a golden belt showed his wealth.

The outer garment of women was quite diverse – dresses, jackets, and sleeveless clothes. The dresses were made of satin, silk, and velvet. The women’s clothing was decorated with embroidery. The high-class members decorated their clothes with gold and silver fibers. Female accessories played a significant role. Pieces of jewelry were carefully kept and passed from generations to generations. Women living in the eastern regions of Armenia wore long red trousers under the long red dresses. The lower parts of those trousers were made of more expensive texture. Western Armenian dresses were almost the same with minor differences (white shirt, apron, embroidery). The main accessories were necklaces and silver bracelets.

“Women looked pretty nice and attractive even when they are in their kitchens. It was a place where the Armenian women created the masterpieces of Armenian national cuisine.”

Embroidered fabric, which was one of the essential features of the national costume, besides the aesthetic function, had another, perhaps more important, ritualistic and protective significance. People believed that those embroidered fabrics and headdresses protected the bearers from evil and harm.

Medieval Armenian headdresses, unlike the ancient ones, had a simple structure. Women covered their heads with veils. This practice can be seen in the Urartian costumes as well. Medieval women did not cover their mouth as tight as this was accepted in this time period. Throughout the early middle ages, there was a tangible influence of Byzantine and Arab costumes within the Armenian elite. During the late middle ages, the traditional taraz partially reflected the cultural or tribal peculiarities of Turkish, Tatar and Kurdish conquerors. In some provinces, the culture of wearing Taraz continued until the end of the 19th century after which European clothes came to replace the national costumes.

The traditional dresses of Vaspurakan, Bayazet, Upper Hayk and Cilicia are considered to be the representatives of Western Armenian national costumes which are distinguished by having floral and geometric decorations found in both male and female outfits.

Western and Eastern Armenian traditional dresses differ by the fact that in Western Armenia, women’s Taraz was more opulent and richer in golden or silver embroideries. Another significant difference was that in all western provinces, the apron was a necessary attribute of the woman’s costume. It was tied to the waist, chest or the lower back.

Men’s Western and Eastern Armenian costumes differed as well. In the eastern provinces, men’s Taraz consisted of trousers, short shirts, and caftan. In the winter they usually wore beltless loose fur-lined overcoats and hats made out of lamb fur. In Western Armenia, the Taraz consisted of trousers decorated with embroidered elements, short sleeveless dresses, shirts with embroidered sleeves, woolen belts and cone-shaped hats.

An important component of the Armenian Taraz was the accessory, which expressed the aesthetic preferences of the wearer. Some types of accessories such as crosses and amulets were used to treat illnesses.

Although the traditional Armenian decorations diverged in Western and Eastern Armenia, they have had some similarities regarding color, shape and their socio-cultural value.

Easter eggs for me and you.

Easter eggs are good to eat.

But where, oh where is the Easter bunny?

Easter eggs for me and you.

Easter eggs are good to eat.

But where, oh where is the Easter bunny?

Easter is usually in April or May. It is a religious holiday. It celebrates the rebirth of Jesus. At Easter, many people like painting eggs in bright colours.

In England children play a game of rolling eggs down a hill. Many children go on an egg hunt, looking for hidden Easter eggs!

Easter is usually in April or May. It is a religious holiday. It celebrates the rebirth of Jesus. At Easter, many people like painting eggs in bright colours.

In England children play a game of rolling eggs down a hill. Many children go on an egg hunt, looking for hidden Easter eggs!

«What’s time is it?» project 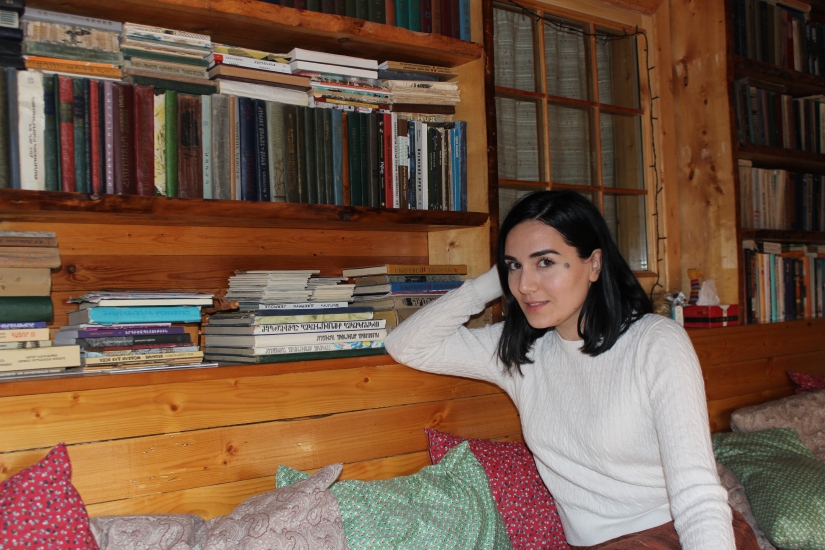